Skip to content Skip to navigation
See our Campus Ready site for the most up to date information about instruction.Campus ReadyCOVID Help
UC Merced Center for Valley Fever Research
Connecting researchers and advocates within the San Joaquin Valley 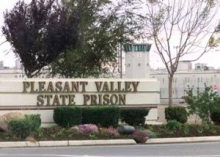 Valley fever, officially known as coccidioidomycosis, is caused by a fungus that lives in the soil in the southwestern United States. Though anyone can get valley fever, it's most commonly suffered by older adults, especially those over 60; African Americans; Asians; women in their third trimester of pregnancy; and people with weak immune systems.

People contract valley fever by inhaling the fungal spores when they become airborne, and it cannot be passed from person to person. The most common symptoms of valley fever include mild to severe flu-like symptoms that can linger for weeks or months. However, the infection can spread from the lungs to other parts of the body and cause symptoms such as skin abscesses, blindness and even death.

Researchers estimate that each year more than 150,000 people nationwide contract valley fever, though only 20,000 or so cases are properly diagnosed.

In this article, California death row prisoner Donald Ray Young speaks out about the urgent crisis facing 3,200 at-risk prisoners at two California state prisons--Pleasant Valley and Avenal. Pleasant Valley has a valley fever infection rate 400 times higher than the rest of the county, and Avenal has an infection rate nearly 10 times higher than the county with the highest rate in California, according to a recent report.

Young was wrongly convicted and sentenced to San Quentin's death row in 2006. He is a paralegal with an associate degree in sociology and is continuing his education in pursuit of a law degree to aid in winning his exoneration. Mail can be addressed to: Donald Ray Young, E-78474 East Block, San Quentin State Prison, San Quentin, CA 94974.

Read the full article on SocialistWorker.org.